micdotcom: So far, in the wake of Castile’s death, the NRA has... 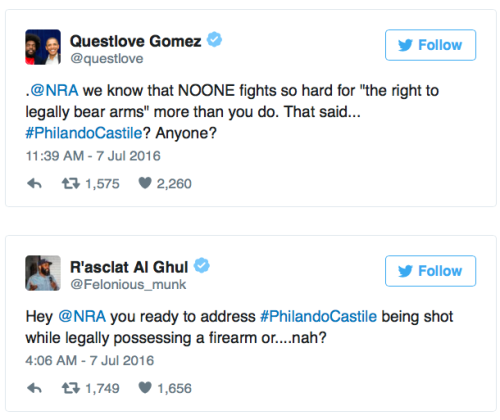 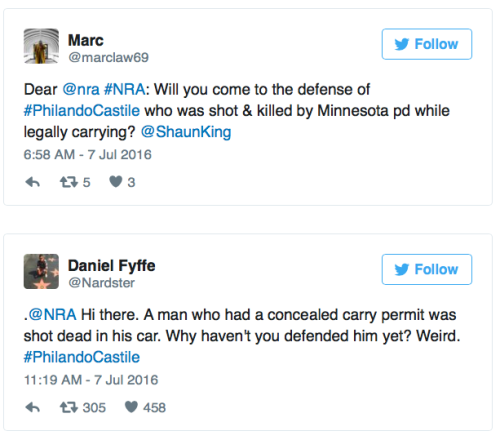 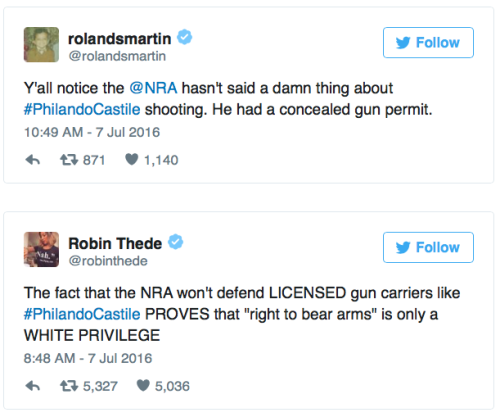 So far, in the wake of Castile’s death, the NRA has been silent about the importance of the second amendment. That’s not unusual. While the NRA advocates passionately for Americans’ right to own guns, it has historically — and hypocritically — remained silent when black men, armed and unarmed, are killed by police. One reporter was able to get the NRA on the phone today.