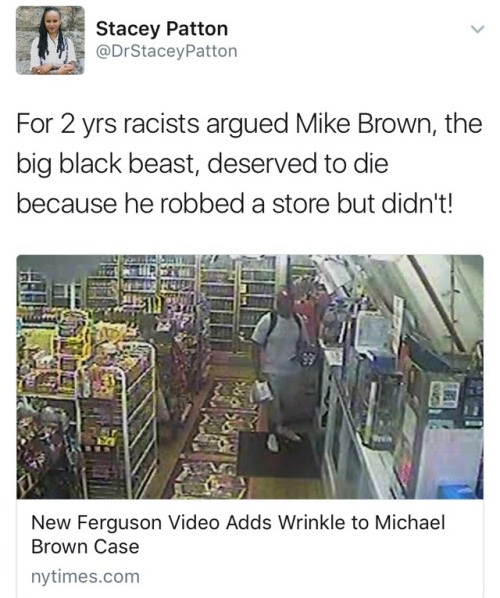 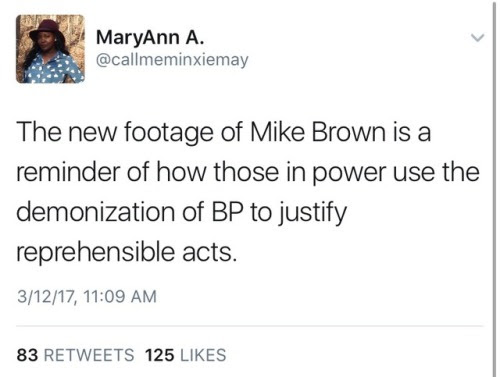 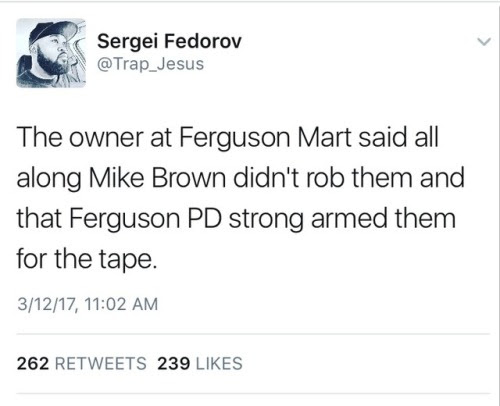 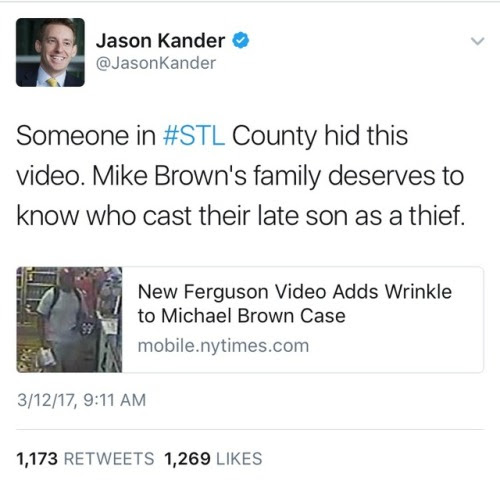 New footage shows that Mike Brown indeed didn’t rob that convenient store afterall. The video shows Mike entering the store at around 1 a.m on August 9th, 2014, to exchange something (possibly marijuana) for cigars. Before he left the store on that night, he went back to the counter to possibly tell the clerk to hold on to the items. Later on that morning, he went back to the store to retrieve the item. That’s it.  Let’s also not forget that the store owner been admitted that Mike Brown didn’t rob the store.

The police lied, the police fabricated, and the police try to defame this young boy in order to cover Darren Wilson’s ass. Unfortunately, this new evidence will not bring Mike Brown back, but it does further expose the extreme corruption within our law enforcement.